In most Slovenian local development strategies, elderly people from rural areas are identified as a key vulnerable group. The main issue is the issue of their mobility in remote places, inaccessibility of basic services and loneliness / social isolation. The challenge has a major impact on the quality of life in rural areas, as the demographic vulnerability is a key development problem in the Slovenian countryside. A 2001 report by the Institute of Geography "Society and Spatial Development of Slovenia" states: "The area of significant depopulation and depopulation covers almost 40% of the surface of Slovenia, where about 13% of the population lives. The area is mainly sparsely populated (on average 31 inhabitants per km2), with predominating elderly population (aging index well above 100), the birth rate is very low, the mortality rate high with the aging population, and the natural increase is marked negative. The population is constantly in decline. The economic indicators for this area are extremely unfavourable, with high unemployment rates (hidden partly by the semi-agricultural structure), relatively low incomes and a noticeably lower standard of living."

One of the major reasons for low quality of life of elderly is the lack of public transport links and their severely limited or disabled mobility (source: Quality of Life and Urban and Rural Europe, Eurofound, 2014). Public transport lines are absent or severely limited in rural areas, the same goes for taxi services, which are, due to dispersed settlement and longer distances, unaffordable for the elderly (on average lower incomes than in urban areas). Shops and other services (post offices, banks) have moved to nearby cities, more and more surgeries, dispensaries, pharmacies are closing. Most of the younger residents moved to the cities some time ago, the rest migrate daily to the places where they work. Thus, many elderly people are considered to have become prisoners of their homes and suffer from lack of social interactions. Their only regular contact with the outside world is television and radio. If they need transportation to the doctor, they must ask their children or grandchildren (if they have them) or neighbours to take a leave form work or to organize their time to provide them a transport. This presents a great deal of stress to many seniors and a feeling that they are a burden to others, that they are unwanted. Many therefore prefer to skip a visit to a doctor, dentist or a therapy session (summarized after: UNECE Policy Brief on Aging, No. 18, March 2017). This situation indicates a discrimination against rural elderly people, as it violates not only their dignity but also their physical health. In order to ensure their equal treatment and respect for their fundamental rights, protection against discrimination should be extended to access to services, housing and healthcare, and better use of EU funds to promote the inclusion and equal treatment of older people (source: FRA Report on Fundamental Rights). Combined with current demographic changes, this poses an additional societal challenge, as the aging population will increase the need for public age-adapted transfers and services (source: 2009 Aging Report). According to Eurostat forecasts, the share of people over the age of 65 is expected to increase from 18.9% in 2015 to 28.7% in 2080 (source: Eurostat, Eurostat annual report, 2016 edition). Furthermore, demographic trends are largely dependent on geographic features. Near cities, the number of young people is increasing, while it is decreasing in remote and border areas. If we do not come up with a suitable solution for this issue, this trend will continue (source: SRS 2030). Based on the responses upon presenting the Sopotniki service at EU level (participation in the thematic group on Smart Villages at the European Network for Rural Development (ENRD) and at the event "How can social innovation help villages become smarter?" At the European Association of Mountain Areas (Euromontana), it is clear that the issue of mobility of rural older people is equally present in other EU countries.

Organisation Sopotniki has an innovative solution for elderly mobility, customized for rural areas. The service increases the elderly’s quality of life and prolongs their independence. Advantages: 1. tested operating model; 2. community-driven solution strengthening links between stakeholders in local communities; 3. volunteers and employees are carefully selected and trained in soft skills; 4. the service is supported by cutting-edge IT technology; 5. focused in establishing respectful relationships with users to empower and activate the elderly. The local coordinator is responsible to offer support to the elderly in terms of efficient planning of transports according to the elderly’s needs. All information about users, rides, volunteers, times and dates, expenses, kilometres travelled etc. is entered in the IT system, which enables detailed monitoring of daily activities in every unit. On the other side, coordinators are responsible for supporting the volunteering team.

Social impact:
The social impact of the solution was estimated based on the following analyses:

Health institutions that are familiar with the service strongly recommend it to elderly as they have identified that some of the elders did not even show up for scheduled appointments due to lack of mobility options that existed before the Sopotniki solution. The organisation is currently regularly in contact with 60 health institutions in Slovenia.

2) As the elderly are known to be a mistrustful social group, especially when it comes to accepting novelties, experience shows that when they call the service Sopotniki for the first time, they usually do it because of bare necessity, as they truly have no other means of transport to get to the doctor. Later, 80% of those who use the service once, become regular users.
Survey on improvement of access to other services showed that the majority of users (28,11%) use this service because of the quality of social contact they get from volunteer drives, which clearly indicates the quality of the solution – elderly feel accepted and valued not only because they have a mobility option but because they have a kind person to chat with on the way, which has immense positive impacts on their mental health and feeling of social acceptance.
The fact that 48,27 % of users used to rely on their relatives and neighbours for mobility, combined with the above statistics that majority (55,66 %) of elders need mobility to access healthcare facilities, which operate during the usual working hours (7 am to 5 pm) is related to higher rates of hours taken off work for relatives/neighbours, which means this service has a positive impact on working population's work attendance.

3) Survey on the impact the service has on their quality of life shows that not only do the users report a better quality of life (97%) and more independence (95%), the survey indicates that this service relieves 66% of respondents from a major stress factor – the stressful search for transport and worry if they will make it to doctor’s appointments on time (or at all). Moreover, due to improved independence, 90% of respondents reported relief from the anxiety of being a burden to others, which is a common struggle of elderly. This relief gives them a feeling of freedom and positively affects their health, increases their self-esteem, dignity and self confidence which prolongs their vitality and life outside of institutional care.

4) The service strongly encourages the elderly’s social life in terms of cultural events and has established partnerships with several cultural institutions to provide elderly with suggestions for cultural visits. As much as 83% of users claim to have better access to culture with Sopotniki service and sadly, 55% of them report having to miss a cultural event in the past due to lack of mobility options. Now that they have a mobility option, 67% of respondents expressed intention to use the service as a transport to visit evening cultural events.

5) Apart from the impact on the elderly, the service has a wide social impact on other levels of society as it engages volunteers, public bodies, local companies and service providers etc. As such it creates an instrument that fills the missing gap in the society and promotes the development of volunteering activities, social solidarity and active participation in local communities. The Sopotniki model is a place where various stakeholders join forces to provide a solution for the challenge of ageing society and elderly mobility. In local communities, the presence of the model has strengthened links between stakeholders, civil confidence and confidence in public institutions. Below the numbers of stakeholders participating in the model.

6) Further social impacts are identified in done SROI analysis, which shows the impact of the solution on: public bodies, elderly population and their families, volunteers and the state (national funds). It was based on average values from 2018. It estimates that the service Sopotniki created a 21,81 SROI for every euro invested in the solution in 2018.

Economic impact
The economic impact of the solution was estimated based on the following aspects:
1) First, it was assessed for the same stakeholders and with same financial proxies as stated in the SROI analysis, with the difference that in this economic analysis.

2) Elderly citizens: based on the analysis of travel times and errand duration for a specific average journey in each unit, it was calculated that the service saves the elderly citizen in average 7,83 € per return transport.

3) The Sopotniki Organisation: economic impact on the NGO is calculated in the Cost-Benefit Analysis.

4) Municipalities:
o A further comparative economic analysis was made based on the closest existing alternative present - the municipal expense for subsidisation of school busses. The analysis shows the Sopotniki service is in average 92% cheaper for municipalities than subsidizing a bus that arrives to remote places twice daily. This significant difference derives from the fact that bus transport is largely unprofitable in rural areas and thus municipalities allocate higher levels of subsidies to transport companies in order for them to maintain the service.
o The Kočevje Municipality implemented an experiment with a different dedicated transport solution for elderly before the Sopotniki solution. They introduced a three-month trial period for transports on call provided by a professional transport company. The total municipal investment in this quarterly test solution was 26.290,62 EUR, where the average cost per transport amounted to 46,86 eur and citizens needed to buy tickets for the transport. Despite the intense promotional campaign, the solution turned out to be highly unprofitable and poorly accepted among citizens and was shut down immediately after the trial. The municipality later adopted the Sopotniki solution and is extremely pleased with its results. Economic comparison: the quarterly municipal investment in the Sopotniki solution in Kočevje amounted to 2.804 EUR in 2018, with the average cost per transport being 14,70 eur, which is by 68,6% cheaper for the municipality, plus free of charge for the elderly.
o Based on current data gathered from 9 operational units of Sopotniki, the average yearly municipal cost for the Sopotniki service is 14.636,32 eur, which accounts to in average 34,12 eur per transport.

Jobs Created:
Currently, there are 14 people employed under the Sopotniki solution. The job creation process started in 2017 with 2 fulltime jobs – one was financed through the Public Work Scheme and the other by the Sopotniki Organisation. In 2018, the number of people employed through the public work scheme increased to 6 and the number of regular fulltime jobs to 4. Now in 2020, there are 3 people employed full-time through the public work scheme and 11 through regular employment scheme. 4 of the current regular employments are a continuation of previous public jobs. 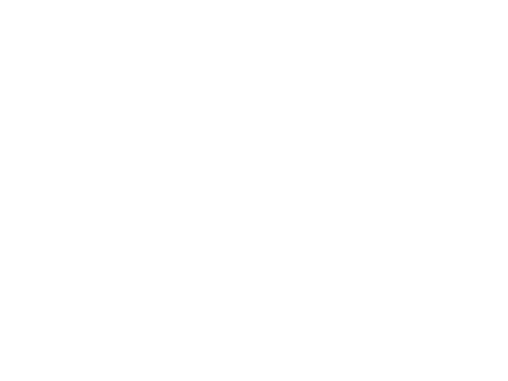 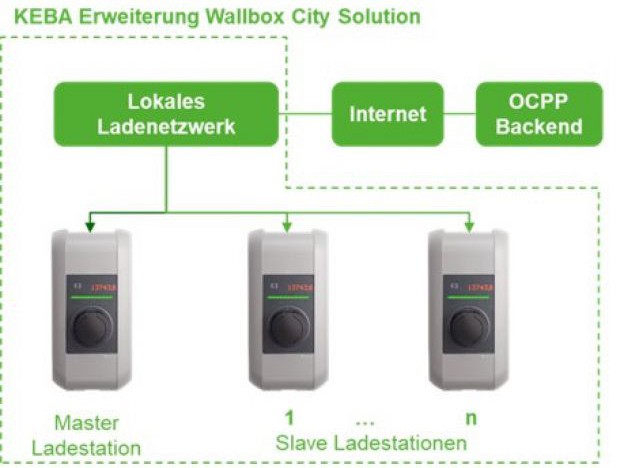